Kettell Hall was constructed in 1620 by the then President of Trinity College, Ralph Kettell. It occupies a prominent site on Broad Street, one of the City’s most famous streets, and is Grade II* listed.

The building contains student bedsits and study rooms. Gray Baynes + Shew was appointed to carry out the refurbishment of the building following on from similar works at several of the College's other historic buildings. Kettell Hall had suffered severe structural problems as a result of alteration works carried out in the 1960s and 1970s, and the building was in places supported by temporary props. The whole roof structure was supported on an internal partition on the second floor and had survived largely because of the ingenious pegged carpenters' joints at timber intersections.

Our refurbishment involved stripping the roof, repairing the structural damage and recovering with the original stone slates. All of the temporary props were removed and the existing timbers strengthened in accordance with SPAB guidelines. In addition, all of the student rooms were refurbished, with en-suite shower rooms provided throughout. 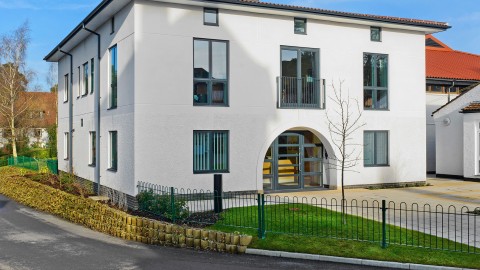