The existing Fountain Court can be found within the grounds of the beautiful Marlborough College campus and was built as part of the 1960’s Norwood Hall scheme which connects with the 17th Century grade 1 listed Mansion House. Currently the site displays a rather neglected and underused sunken exterior courtyard space with a disused fountain as its centre piece. Marlborough College approached Gray Baynes & Shew to design a large multi-purpose space which would be a contemporary re use for the existing site with a new roof top terrace.

The main challenges of the project were three key issues to resolve:

Creating safe and accessible external circulation incorporated into the design of the building, which deals with the difficult level changes of the site.

The new function room has a large circular roof lantern at its centre. The rooflight was conceptualised to be integrated with a fountain paying homage to the original. 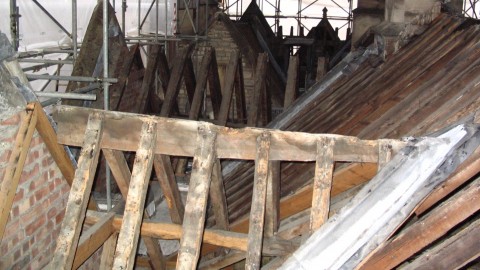